At Dentistry for Children, our responsibility is to help patients in any way we can to achieve good overall health and quality of life, and one big step to achieve this is to breathe and sleep better.

Does your child experience...

If so, your child may be suffering from a sleep and breathing issue which can lead to serious physical and emotional problems through adulthood.

If your child is experiencing any of these, whether it's one symptom or several, we encourage you to contact our office and your pediatrician to determine if this is affecting their health.

Sleep is vital to our overall health, and is a critical time for our brain and body to perform the restorative and reparative functions it needs. Disruptions to sleep cause these fundamental processes to be short-circuited, and have negative implications on mood, the ability to focus, make memories and learn, and has been linked to poorer grades and depression. With fragmented sleep a child can develop symptoms that are commonly misdiagnosed as ADD, ADHD, or other learning and development disorders. Fragmented sleep can greatly impact a child’s behavioral, cognitive, and physical development.

Sleep-related breathing disorders (SBD) can cause breathing to stop or become shallow while sleeping, which fragments the sleep cycle.

The central issue for many children suffering from SBD is a compromised airway.

When a child’s airway is compromised, they may struggle to get enough oxygen at night. As a child’s breathing is restricted, their body reacts as though the child is choking, resulting in lower oxygen levels, higher heart rate and higher blood pressure. 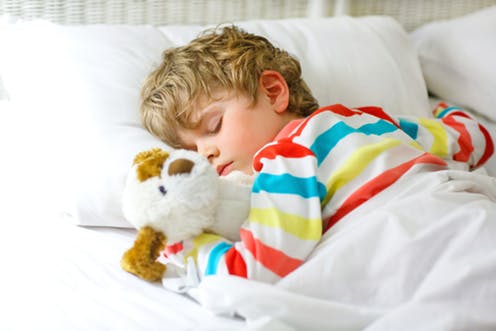 What Can We Do?

Improving the functions of oral muscles, correcting breathing habits, and using dental tools that help children grow can help open the airway of a growing child and allow the airway to develop to it’s full potential.

If treatment intervention occurs during a child’s critical growing years, many of the symptoms associated with SBD will greatly diminish or simply disappear.

If these abnormal conditions are left untreated in children, by the time they are fully grown, there is little that can be done to correct their breathing. Eventually, many of these children will grow into adults with SBD, who may eventually require CPAP machines to obtain the oxygen they need at night – all because their airways were never allowed to fully develop. 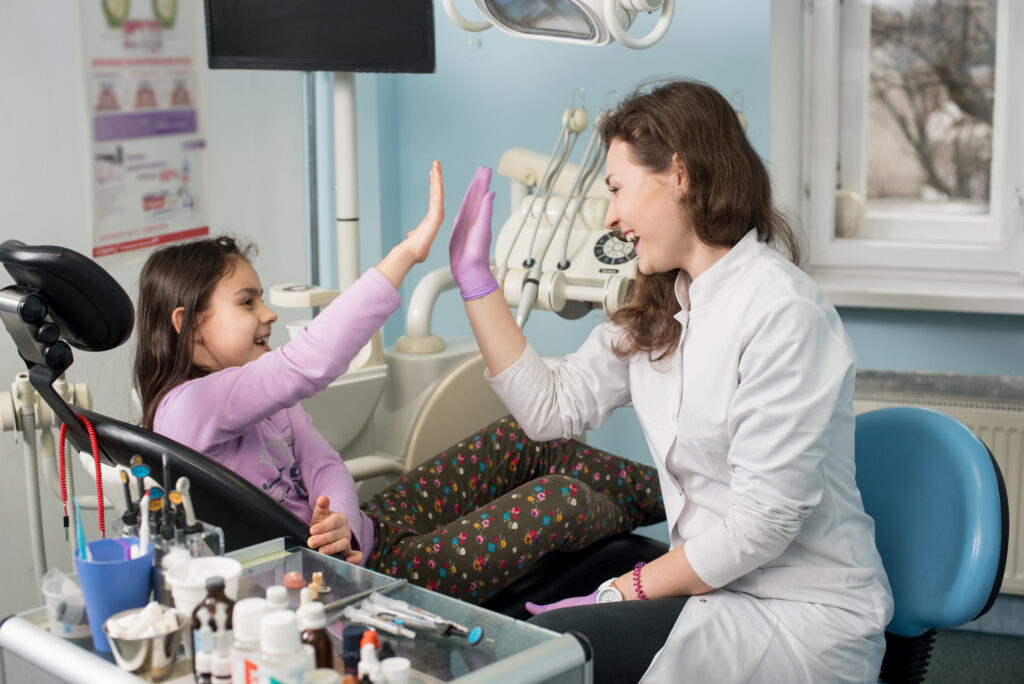 How is a Sleep Related Breathing Disorder related to my child's:

Tooth decay is caused when acids in the mouth eat away at your enamel, but your body has a natural defense mechanism: saliva. Saliva washes away plaque and also neutralizes the acids in your mouth, both of which prevent cavities. Unfortunately, your mouth becomes very dry when you breathe through your mouth at night, so you lose this protection.

In fact, researchers found evidence to support this idea in a recent study. They learned that acid levels were much higher in participants who slept with their mouths open, putting them at a significantly higher risk for cavities.

Mouth breathing is a well-known form of sleep-disordered breathing that can occur in children and can also be associated with sleep apnea. When it occurs, it should be addressed – over time, it can lead to alterations in facial skeletal growth and may also increase behavioral problems due to disrupted sleep.

The science community has known for decades that inadequate sleep can create symptoms similar to ADHD.

Because ADHD creates behavioral interference with sleep, a vicious cycle can develop for kids with ADHD. In those instances, where there is a true sleep disorder (whether sleep-disordered breathing or another disorder), it can lead to a misdiagnosis of ADHD. In those cases, treatment of the primary sleep problem – including sleep-disordered breathing – may improve the ADHD symptoms as well as prevent other physical health problems.

Bedwetting can have a relationship to how we are breathing and the quality of our sleep. Since breathing can be difficult with sleep-related breathing disorders, the brain works harder to take in oxygen than it does to control other bodily functions, like bladder control. The brain is sensitive to reductions in oxygen levels, which may trigger flight-or-flight response and refocus oxygen from something less necessary (like the bladder) and deliver it somewhere more critical preparing for the rare case the oxygen were to stop.

Multiple types of research studies have found a higher-than-expected percentage of people have both obstructive sleep apnea (OSA) and sleep-related bruxism (grinding, gnashing or clenching of teeth). Epidemiological studies, which examine patient records and datasets, identified that many people with OSA were also prone to grind their teeth. Though not all of these studies have found the same rates of co-occurrence, a general pattern emerged showing a correlation between teeth grinding and sleep apnea.

‘Tongue tie’ is a term used when the lingual frenum (cord that stretches from under the tongue to the floor of the mouth) is short and restricts the mobility of the tongue.

For infants, this restriction can make it difficult to correctly latch when breastfeeding, and can also cause pain for the mother. For older children, tongue tie can cause speech impediments and difficulty chewing, swallowing, and other aspects of oral function. Tongue tie can also contribute to habitual mouth breathing and underdeveloped jaws which can lead to smaller or obstructed airways that are common for sleep-related breathing disorders including obstructive sleep apnea.

A frenectomy is a minor surgical procedure to loosen this restriction, and is performed with myofunctional therapy before and after. Our goal is to improve a child’s tongue function, improve their breathing, and reduce sleep issues including potential sleep apnea.

Here at Dentistry for Children, we use a LightScalpel CO2 laser which is known to be one of the best lasers for frenectomy procedures, making it extremely fast, with little to no bleeding, and minimal discomfort.

We are working with children and adults who struggle to breathe with a system of oral appliances and therapy.

This is a non-invasive, non-surgical treatment option for sleep disordered breathing, snoring, and mild to moderate sleep apnea.

Oral appliance therapy may help a child's upper and lower jaws to develop, which may widen and expand their airway, allowing them to breathe better, and some of these symptoms may disappear.

When children can breathe properly, they can begin to grow, learn, and blossom into their full potential.

Many young children with SBD have dental arches that are underdeveloped, narrow, and positioned too far back. A normal human profile should have the lips and chin positioned well in front of the eyes with a strong jawline.

Unfortunately, in most cases, such growth and development doesn’t happen on its own. In our modern world of limited breastfeeding and soft, processed foods, far too many of our children are simply not developing fully in their lower facial areas.

If allowed to persist during their formative early years, this condition prevents proper growth and development of a child’s airway. 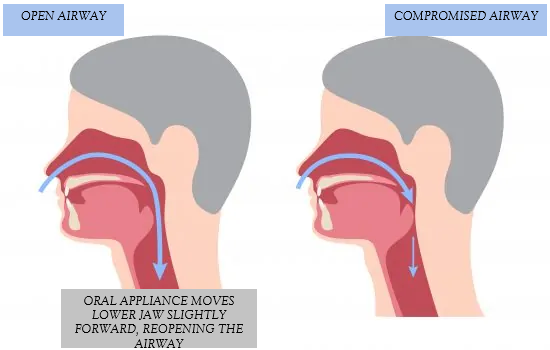